In January I went skiing for the first time EVER with my boyfriend and two other couples. I was insanely nervous and worried that I would spend the entire time on my bum! But, although that was true on the first day, by the second I could turn comfortably and by the third day I was confident on blue runs and managing reds (whilst screaming pretty much all the way down!)

I bought a GoPro Hero 7 White before going (less than £150 with student discount!!) so I could capture all of the funny moments on the trip. One of my favourite videos is from when I put it on Matt’s helmet as he went over some ski park jumps with his brother. See below!

To help with the pain of the bruises on my bum from the first day, and the cold toes and aching knees, we drank A LOT. It was rare that we’d go more than two hours without stopping for a Vin Chaud or three, and on the last day we got very tipsy on Juniper up the mountain at a place called Chalet Grillette, having to ski down drunk afterwards, chasing the last bits of light. On the way down, we were “hurried along” by some of the people working on the slopes who were very friendly and gave me a ride on their snowmobile! 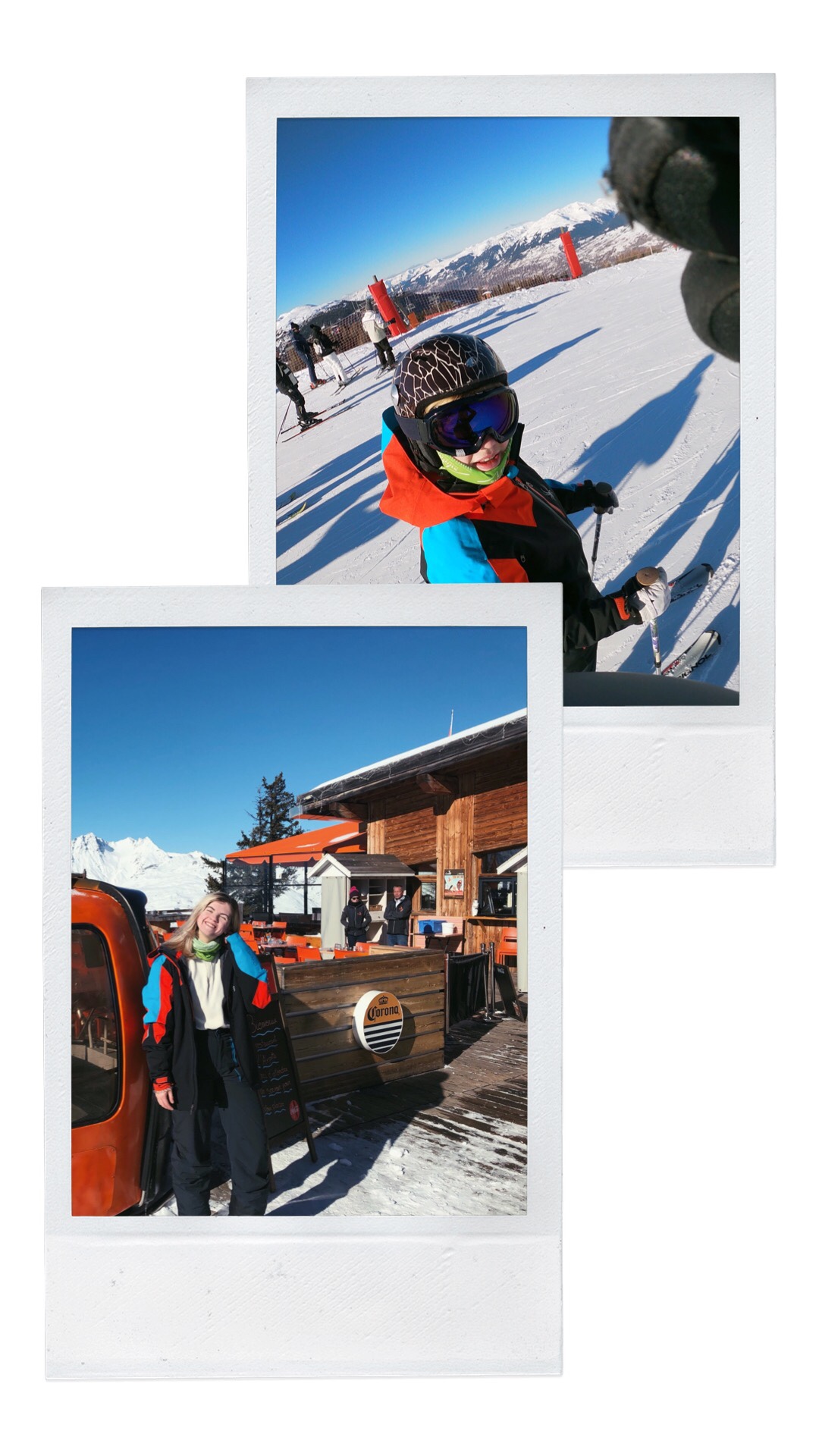 We were extremely lucky in that Matt’s family has a flat in Peisey-Nancroix, only a 5 minute drive from the slopes. We parked most days at La Vanoise, stopping there after a long day for an Irish Coffee (the strongest I have ever tasted!) One day, we parked at Mont Blanc Bar & Restaurant at Peisey-Vallandry and had the most AMAZING pizzas, really hitting the spot after a long day on the slopes! They had crazy flavours like hoisin duck, and pork belly with black pudding and blue cheese!

I feel like now that I can ski for more than 10 minutes without falling over, I’m going to get the “bug” and want to go again and again. Our time there was quite short because none of us could get very much time off work, but we promised each other we’d come back next year!